A Poor Law Report in 1834 told Parliament that the government should “…promote the religious and moral education of the working classes.” But it took until the Education Act of 1870 to introduce the principle of compulsory elementary education through two main categories of schools: voluntary church schools; and non-denominational Board schools.

The Church of England (C.E.) founded ‘The National Society for the Education of the Poor in the Principles of the Established Church’ in 1811 to provide elementary education for the children of the poor, in accordance with the teaching of the Church. The aim was to establish a National School in every parish in England & Wales, adjacent to the parish church and named after it. At that time, a monitorial system of teaching was common i.e. pupil teacher system.

In 1812 a National School for boys was established in Chester. In 1816 it was rehoused in a new building, on the corner of Upper Northgate Street and George Street, known as the Diocesan school.  Several parishes in the city also set up their own National Schools including the one built by Christ Church in Cornwall Street in 1842.The Vicar of Christ Church was then the Rev R.D. Thomas and his Curate, who lived at Hoole Villa, was the Rev S.J. Briscoe.

The first National School in Hoole 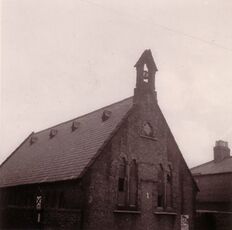 The Mission House built in 1855 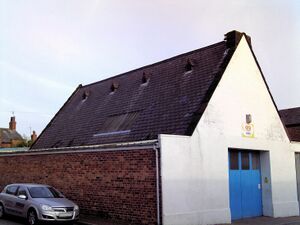 The Mission House as it appears today

In 1855, Christ Church, in whose Parish the developing urban village of Hoole had been placed, received a grant from the National Society to build a Mission House in Peploe Street (later Westminster Road) to which their Boys’ Department was transferred. The master’s name is given in the 1857 Post Office Directory as Richard J. Pickering and the 1865 Directory states that the School was for both boys and girls, Mr. George Williams then being the master. When the Parish of All Saints was formed in 1867, the National School became All Saints C.E. Boys School. The first extant log book is inscribed ‘Christ Church – Bishopsfield’ and starts in 1863. In the 1876–1883 Directories, Henry Barlow is shown as the master.

The Mission House (also known as the Mission Room) was in use until the 1950’s by All Saints’ Church for activities, and as an instrument store and practice room for the Boys Brigade Band. It is now an integral part of Lewis’s Ice Cream.

Some additional information can be found under Christchurch National School.

In the early 1860s Miss Jane Carver of Egerton Terrace was concerned about the welfare of the many children living in the suburbs of Hoole and hired rooms in Faulkner Street to provide non-sectarian education and a Sunday School for them. Newspaper reports reveal the importance of her work and she played a large part in persuading Richard Grosvenor, Second Marquis of Westminster, to give the land and building for the Westminster Girls & Infants Schools which had a capacity for 300 pupils and opened in Peploe Street in 1865.

Jane Carver became the ‘Superintendent’, working with the Mistresses (for Girls, Miss Elizabeth A. White and for Infants, Miss Mary Frazer) and at the same time continuing the work of the non-secular Sunday School which met twice on the Sabbath and on 3 evenings in the week.

Unfortunately, Jane Carver died at an early age, but her work was carried on by her sister Emma and then by a group of like-minded enthusiasts. Pressure from All Saints Church led to difficulties in the Schools’ management at a time when the increasing child population was putting significant pressure on the accommodation. The, by then, First Duke of Westminster financed the enlargement of the Schools in 1893. To honour this, Peploe Street was renamed Westminster Road. In 1903, the management of the School was passed by the Duke to the control of the Church of England, and it became a National School. By 1906, when Miss E. Atkins was the Girls mistress and Miss E. Johnson the Infants mistress, it housed 276 girls and 221 infants. Further background information on Westminster Road Schools can be found here. 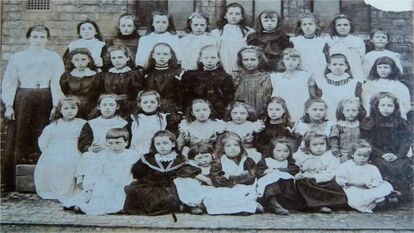 The continuing work of the Sunday Schools led to the purchase of the Tin Chapel (a C.E. mission hall from Edge Hill) which became the Congregational Church in Walker Street from 1894.

Because of overcrowding at the National Boys School, it appears from the Vestry Book that there was a proposal to build a new School in Vicarage Road but the new All Saints School was eventually built behind the Bromfield Arms in 1887 to house 240 boys. This was enlarged in 1902 to take 390 pupils. Thomas Boughton was the master in 1906. 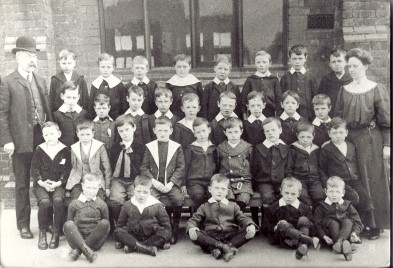 Pupils of All Saints School

The population of Hoole was still increasing, the Mission House was again used to provide temporary accommodation from 1907 to 1912 before Hoole & Newton Council School was opened at the corner of Clare Avenue and Canadian Avenue in 1912. 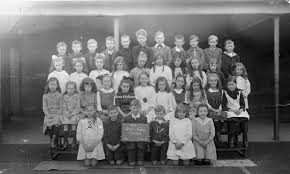 The introduction of the 11 plus and Secondary Modern Schools meant that by 1950 All Saints, Westminster Road and Hoole & Newton Schools had lost their senior pupils. By 1955 Junior Boys from All Saints amalgamated with the Junior Girls at Westminster Road C.E. Junior School. All infants moved to the Boys School which was renamed All Saints C.E. Infants School.

Westminster Road School closed in 1981 and became a Polytechnic to Chester College. In 1987 the School was converted to become the Community Centre by Hoole Area Residents’ Association. All Saints School was demolished in 1989.

According to the 1857 and subsequent Directories there was a (private) academy at No.49 Faulkner Street run by William Gerrard. During this period, there were a number of private schools in Hoole including Dalglish & Rosendale in Charles Street; and Miss M. Rosendale in Peploe Street.

On Saturday 10th October 2015 Hoole Community Centre buzzed with many fond memories when past pupils of Westminster Road School visited Hoole History & Heritage Society’s exhibition celebrating the 150th anniversary of the founding of the School in 1865. 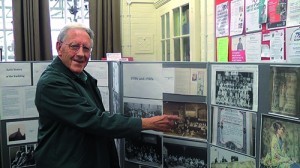 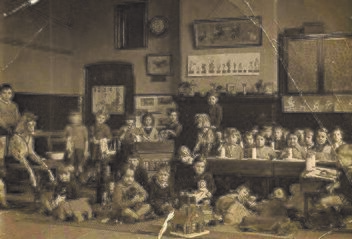 Two former classrooms, now the Community Library and Hobson’s Cafe, were the setting for a collection of historical documents, photographs, school reports, certificates and other memorabilia donated by past pupils and their families.

Among the visitors eagerly searching photographs for images of their younger selves was Ron Brodhurst of Hoole who is pictured face to face with himself as a five-year-old, sitting on a rocking horse at the centre of a picture of a mixed class of boys and girls taken in 1936.

Included in the documents on display were reports written for Alice Clayton from 1922 – 1925, as well as a couple of her exercise books. 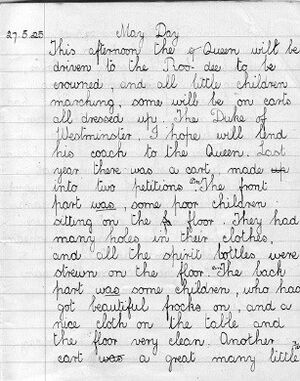 Alice studied in a class of 40 pupils and did lots of work in English, divided into Reading, Composition, Writing and Dictation (lots of this!) as well as English Literature. She also studied History, Geography, Drawing and Nature. Reports were made on her “General Intelligence” and “General Neatness” and, in the days long before gender equality, a section of her reports headed FOR GIRLS ONLY records her progress in Needlework, Hygiene, and Cookery.

By 1953 the single report entry for Arithmetic in the 1920s had become Arithmetic (Mechanical), Arithmetic (Problems) and Arithmetic (Mental). Handwriting, PT, and Games as well as Music and Science had been added to the pupils’ studies and the section of the report limited to girls had disappeared although Domestic Science and Hygiene still featured.

In the 1960s the subjects studied had hardly changed from the 20s although Spelling and Comprehension now appeared in reports. Personal qualities were still strongly encouraged, evidenced by a Certificate of Merit on display awarded to Roger Moore in 1966 for “Politeness and Courtesy”.

Although the School closed in 1981, after a brief spell as part of the then Chester College, through the work of the Hoole Area Residents’ Association it became Hoole’s Community Centre, and thus continues to play a central role in the life of the community.

Retrieved from ‘https://www.hoolehistoryheritagesociety.org.uk/w/index.php?title=Hoole_Education&oldid=1795’
Cookies help us deliver our services. By using our services, you agree to our use of cookies.